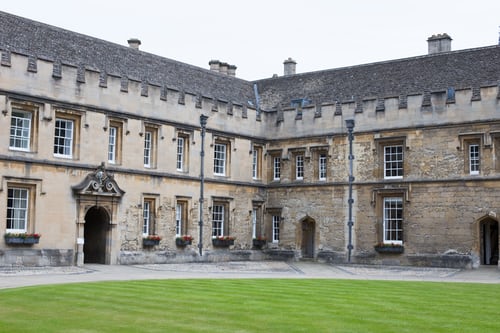 I was interested to read the Robbins-Madanes understanding of where the term ‘Life Coaching’ originated from, as generally it is considered that it evolved from coaching sport. Here’s what Mark Peysha (2020) of Robbins-Madanes says:

“The term ‘coaching’ developed at Oxford University in England in the 1830s, where it was used as slang for a kind of tutoring that would help students pass their exams. Why did they call it ‘coaching’? Well, if you had to travel in those times, to get from Point A to Point B, you would take a horse-drawn coach. So if you were going to London, you might ‘coach’ to London. And if you were trying to pass your exams at Oxford University, you might ‘be coached’ through your exams.

When England began to professionalise sport and they were looking for a way to describe a professional who helped athletes improve, they borrowed this term and invented the role of the athletic coach.

Fast-forward 130 years to Phoenix, Arizona and rumours were growing about a psychiatrist named Dr. Milton Erickson, who was able to transform practically any patient. And his methods were quite mysterious. So a curious scholar named Jay Haley journeyed to the desert to learn from him. What he discovered, did not disappoint. In fact Erickson’s approach was so unlike anything ever seen before, it took twelve years to crack the code. The resulting book, Uncommon Therapy, transformed the field of psychology. Erickson’s work became world-famous. He also discovered how coaching works.

In those days, psychology primarily focused on the past. If a person – let’s call him Peter – was having a hard time, the psychologist would seek answers in the past, for instance in Peter’s childhood. But Erickson’s work is present focused. To help Peter, Erickson would seek to understand what Peter wants right now. The belief being that once we understand Peter’s present goals, we can uncover the obstacles holding him back, and find a solution.

Erickson was creating far more accelerated and effective results for one person after another (compared to other psychiatrists) and this was the spark which ignited the coaching revolution. Cloe Madanes and Tony Robbins were two of Erikson’s protégés and through them came what would become known in our modern day-and-age as Life Coaching.”

Bringing the story up to current times, Peysha says: “Coaching went from an obscure slang term at Oxford… to a luxury service used by superstars… to a practice that now serves millions of people in every walk of life. Coaching is becoming the new standard for leadership, growth, and positive change.”

I was fortunate to be trained by Mark Peysha and really enjoyed the Strategic Intervention methodology that he and his wife, Magali teach. It sits comfortably with my other trainings, including more recently, Clarity Coach Training with Jamie Smart. But my clients tend not to be too worried about my qualifications, all they want to know is whether I can help them. I can assure them that I can, indeed, help. But more than that, they come to know that I believe in them and that’s because I know each one of us has potential beyond our imagination.